Audi India eyes double-digit growth in 2021, but does it have enough to take on the rivals?, Auto News, ET Auto 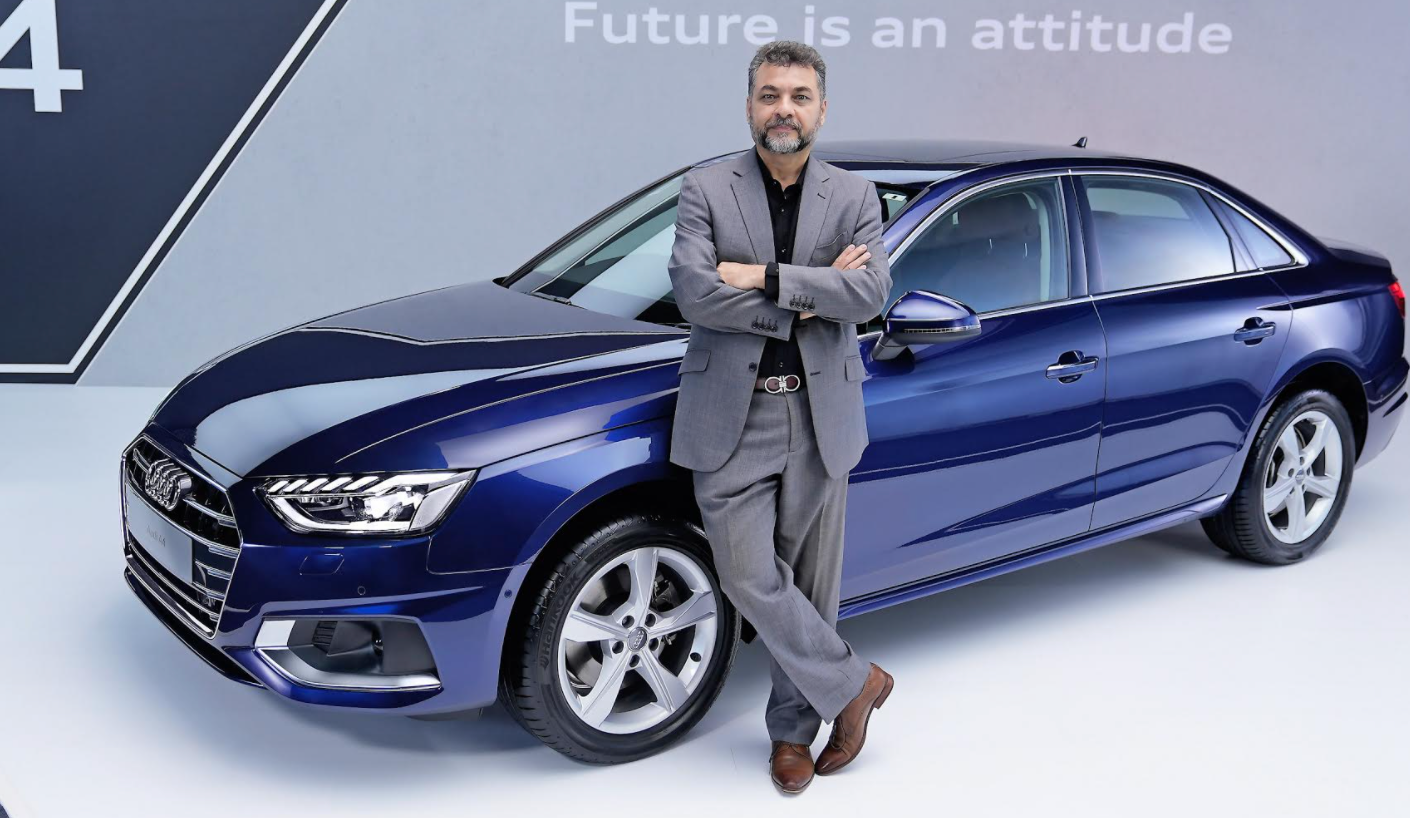 NEW DELHI: German luxury carmaker Audi India has rolled up its sleeves to face the market challenges of 2021 as it eyes to grow in double-digits by the year-end. Over half a dozen product launches are lined-up for the next 12 months. They will cover almost all segments such as volume, sports and niche, a top official of Audi India informed ETAuto in an exclusive interaction.

“We are aiming to grow in double-digits this year with the planned new launches. We will have models covering all the segments,” Balbir Singh Dhillion, head, Audi India, said.

Apart from the shrinking market, the other challenges that Audi needs to face are the expansion of the product portfolio and network.~

Part of the Volkswagen Group, Audi has faced various hurdles in the past few years on different fronts such as stiff competition, shrinking product portfolio and limited network. Moreover, since last year it has been selling only petrol models in India further curtailing options for the high-end luxury car buyers.

Going by the estimates and research by JATO Dynamic, Audi India market share fell from 26% to 13% in the last four years. While the rivals Mercedes Benz and BMW clocked market share of 36.60% and 35.30% respectively. 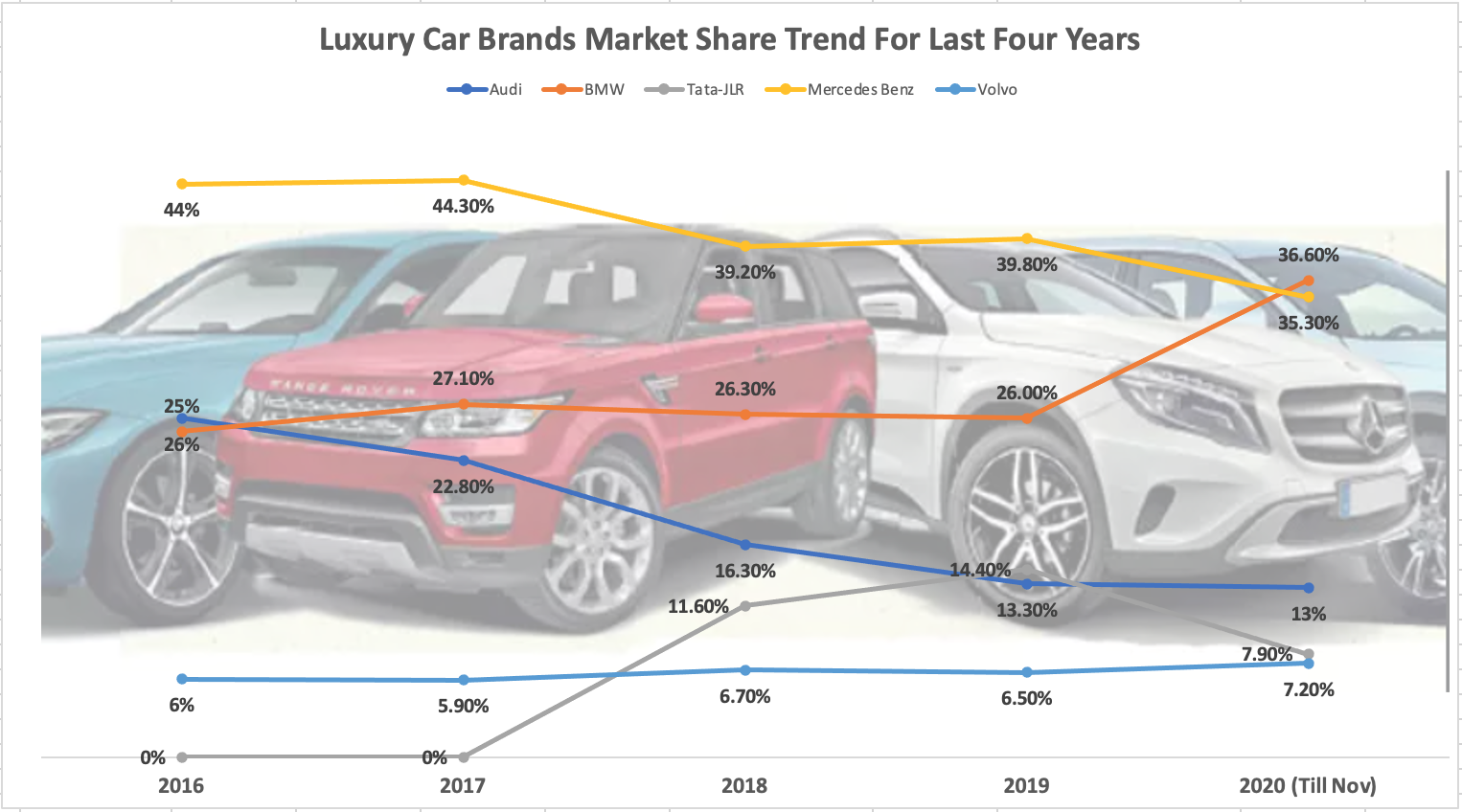 Industry insiders and experts believe that heavy taxation on luxury cars and weak economic conditions make it challenging for the luxury car makers. In fact, the luxury car market declined by 40% in 2020. A total of 35,000 cars were soldin 2019 as per industry estimates.

Audi India will focus on digitisation, network expansion and used car business. It will add three more Audi Approved Plus dealerships taking the count to 10.~

“Going forward, the prospects for this segment remains muted, and we do not expect it to achieve 2019 volumes even by 2027. Any individual player’s prospects remain weighed down by the overall size of the segment,” Ravi G Bhatia, president India and director, JATO Dynamics, said.

“For Audi to strengthen its position in this small pie is challenging. It can marginally improve its position by improving the portfolio and considering local manufacturing. With the top two players cornering the bulk of the market, there is little space,” he added.

Apart from the shrinking market, the other challenges that Audi needs to face are the expansion of the product portfolio and network. According to the data available, Audi India currently has only seven products, including the latest launch of its popular model Audi A4. While the rivals Mercedes and BMW have over 20 models each in their product portfolio including petrol, diesel and electric variants.

Similarly, Mercedes has the widest network with 100 touch points followed by BMW 80 and Audi 59.

“Audi needs to make up for the loss over the past three years due to an ageing product portfolio. This category sells primarily on “novelty” value rather than the legacy of the brand. So, everything depends on the latest one has to offer for the flaunt value. For Audi, the only way to gain numbers is through new product launches,” Avik Chattopadhyay, co-creator, Expereal, said.

One of the experts said that Audi India is hugely missing on the diesel models. According to an estimate, 56% of the total luxury car sold in India are diesel.

Audi India last year announced with the launch of BS-VI models that it will bring only petrol models. Many believe that the luxury carmaker wants to get rid of the stigma on diesel cars. However, the company responded that it has decided on moving from petrol and diesel strategy to petrol and electrification strategy. Secondly, it has decided that any new product launch would be for the first time in India, of the next generation or will be an improvement.

“We are currently focussing on revamping our product portfolio. We have moved completely from diesel to petrol and will also bring electrified cars. However, we have not given up on diesel. We are evaluating, but the mid to short-term strategy is to go with petrol and electriccars,” Dhillion said.

“We are working on bringing our electric brand e-Tron in the next few months which was earlier planned in 2019-20,” he said. Apart from revamping the product portfolio, Audi India will focus on digitisation, network expansion and used car business. It will add three more Audi Approved Plus dealerships taking the count to ten.

With a new product line-up and refreshed portfolio, Audi India stands a chance to get a good volume as it has launched its most selling model A4 now giving it a full-year spectrum for sales. However, electric vehicles, especially in the luxury segment, are still at the surface. Also, the present diesel segment will hinder some sales for Audi India. However, new product launches can create excitement for brand lovers and bring back some lost volume.

US Capitol Hill violence: Can President Donald Trump be removed from his office before the end of his term? All possibilities explained | World News