Hello! I have just travelled to 2030 and I cannot stop appreciating the revised and trimmed Production Linked Incentive (PLI) scheme for the automotive industry announced by the Government of India after cabinet approval on Wednesday. Alas, but the plan comes to an effect in 2022 and ends in 2027.

The scheme with a total outlay of INR 26000 crore as incentives to be exhausted over the next five years, is almost half of INR 57,043 crore announced by the Government last year. The total outlay includes INR 120 crore for the drones. Drones have not seen the beginning in India yet. The government claims that the scheme will create 7.5 lakh jobs, raise INR 42,500 crore of investment and result in INR 10,851 crore of tax collection. 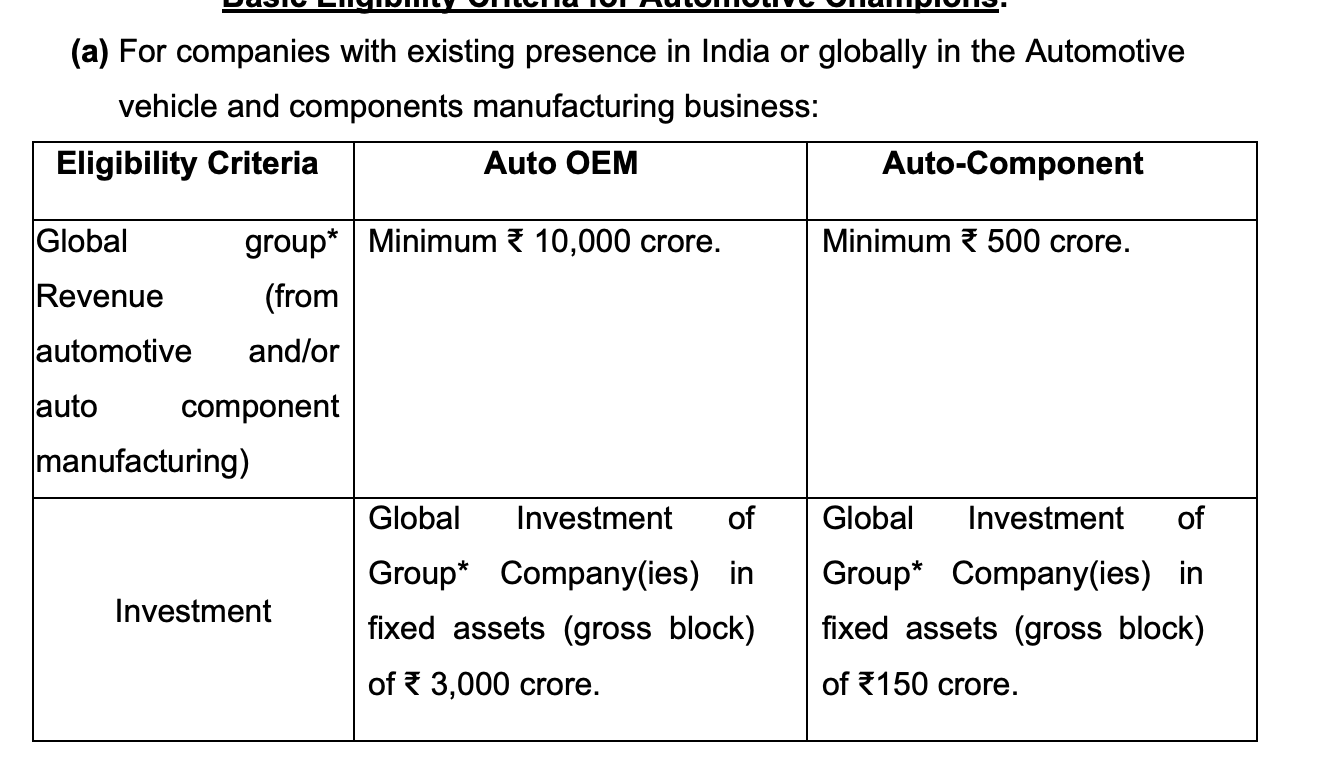 The scheme categorised into two: Champion OEM Incentive Scheme which is applicable for Battery Electric Vehicles and Hydrogen Fuel Cell Vehicles of all segments; and Component Champion Incentive Scheme which is for the Advanced Automotive Technology components of vehicles, Completely Knocked Down (CKD)/ Semi Knocked Down (SKD) kits, Vehicle aggregates of 2-Wheelers, 3-Wheelers, passenger vehicles, commercial vehicles and tractors etc. 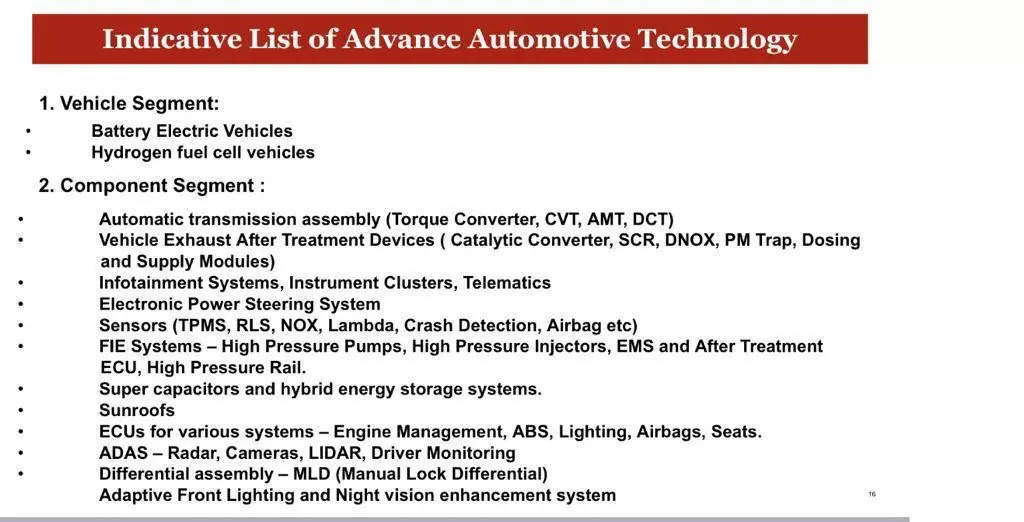 The programme’s contour is highly futuristic and mostly focuses on future technology like Electric Vehicles, Hydrogen fuel and Drones and some components. Apparently, looking at the current Indian vehicle market it will mostly serve the 10% of the market at least for the next two-three years and at most 20%- 25% of the market in its full period of five years.

Currently, India doesn’t have a single Hydrogen fuel-powered vehicle. Reliance Industries Ltd (RIL) has laid down plans to invest INR 75,000 crore in fuel cells in the next three years. Companies like Hyundai and Toyota also have plans for Hydrogen Fuel vehicles in India.

As far as EVs are concerned, most optimistically the electric vehicles will not be more than 2.4 lakh units of almost 2.2 crore units expected in the market this year. It right away ignores the present 98% of the OEM or vehicle market. 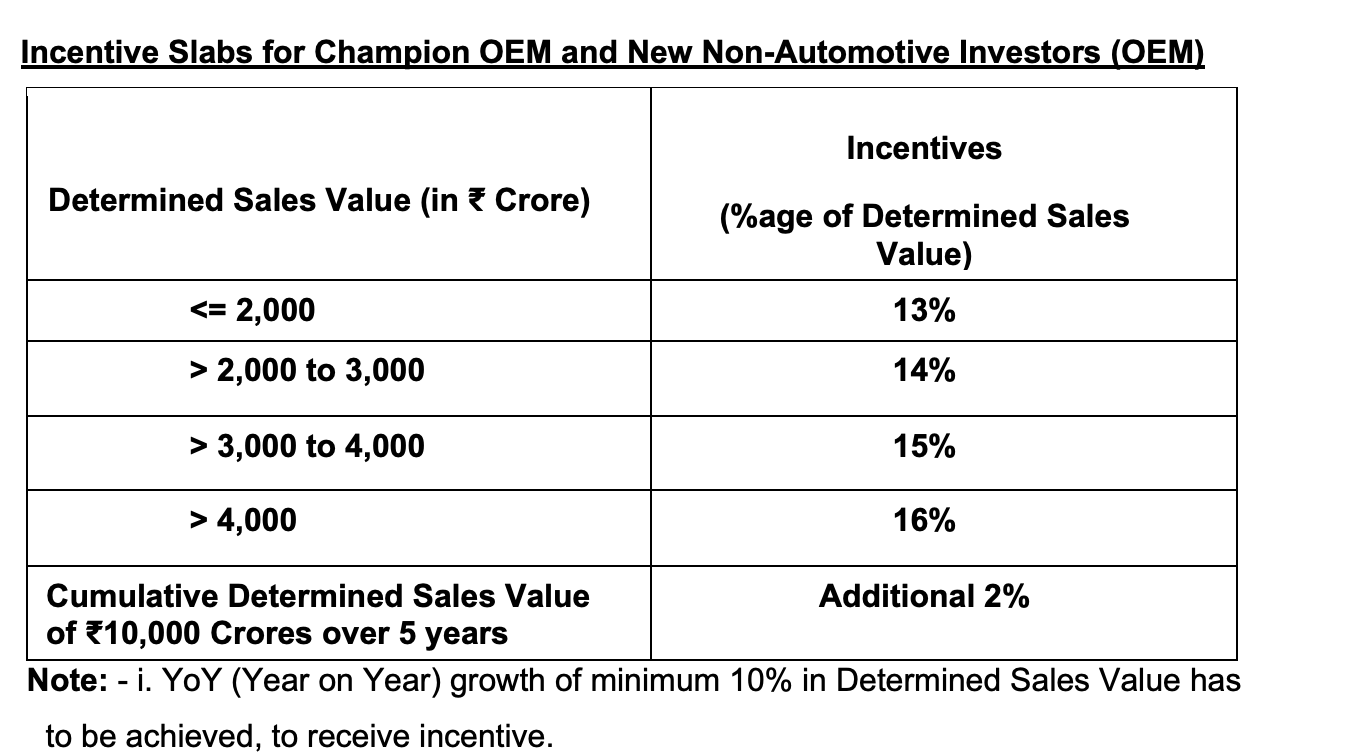 The incentive plan doesn’t include CNG, LNG and other alternative cleaner fuels which have substantial presence in the Indian market. CNG currently contributes about 12% of the total passenger vehicle market. Similarly, three wheeler segment which is catching up with electrification faster than other segments, has 37% CNG, 20% LPG, 36% Diesel, 4% petrol and tiny 2% EVs. Buses and LCVs also have reasonably notable percentage of CNG and LPG penetration.

India which has major infrastructure challenges and looks at hybrid as an en-route to electrification and leading companies like Maruti Suzuki, Honda Cars had been pitching for Hybrid and CNG may not be able to get any benefit in the current situation.

Apparently, last month Union Road Transport and Highways Minister Nitin Gadkari said, “The industry must promote alternative fuel technologies and fund R&D (research and development) for alternative fuels,” He added that the Government has released the report of the Expert Committee on Roadmap for Ethanol Blending in India by 2025, which discusses the gradual roll-out of 20 per cent ethanol blending in petrol (E20) by 2025.

So what good will the PLI scheme do to the struggling automotive industry?

Let’s first see the numbers how they have been changing over the years. After FY2018 the automobile market saw a moderation in the growth rate and from about 25 million units it marginally grew to 26.2 million units in FY2019. Eventually, in the aftermath of demonetisation, increase in cost of acquisition due to implementation of BS-IV and other safety norms and GST impact the market started sliding and in FY2020 it dipped to 18.6 million units.

The industry held back the majority of the capacity expansion investment and embraced a large number of job losses across the value chain. However, in the meantime new entrants like Kia and MG Motors did make some announcements but overall about 30%-40% of the capacity remained idle and the possible recovery was marred by the devastating pandemic.

Obviously, the traditional (ICE) industry which is not in a position to stand strong on its feet has been asked to take a wide leap. However, the incentive will certainly give momentum to EV startups but how much they can leverage when the market is not ready.

However, the auto component industry looks to be in an advantageous position. Overall the automotive PLI scheme may fail to address any of the current crises of the ICE vehicle manufacturing industry but it certainly sets the tone for the future. The other best part of the scheme is that it also promotes safer vehicles in the country.

“Government support for newer technologies and EVs continue. Post FAME II and PMP, PLI will further unleash the potential for EVs in 2 and 3 wheelers. PVs and CVs will have to wait till they attain viability from a Total Cost of Ownership (TCO) perspective. Automotive component companies to see further improvement in cost competitiveness and will help position India as an export hub,” said Hemal Thakkar, Director, CRISIL Research.

It is a well-directed initiative that will increase the adoption of clean mobility solutions and boost localisation of new technologies, they said.

Modernization of MSME sector: How to achieve scaling up and technological transformation of MSMEs?

COVID-19 vaccines: When and how will it become available; explained | World News