Pratik Gandhi shot to fame with the mega-success of the web series Scam 1992 directed by Hansal Mehta. He played the role of the stockbroker Harshad Mehta who was at the center of the 1992 scam. All the success and appreciation coming his way hasnow translated to more work. The actor, whose life has changed after the success of the series, is now busy reading scripts, answering calls, and messages of appreciation. In an exclusive conversation with Bollywood Hungama, Pratik spoke about life post Scam 1992 and his acting process. 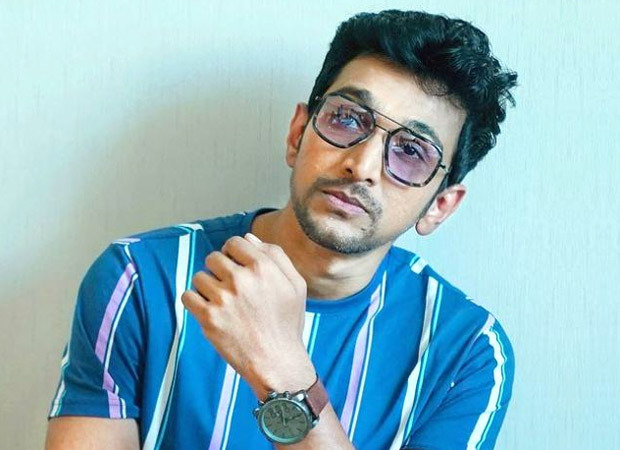 After Scam 1992, there was a general curiosity among people to know who Pratik Gandhi was. The success of the series led to Pratik giving interviews, becoming the face of magazine covers and now he has featured in his first non-fictional TV show named Star Vs Food, where he explored his culinary skills. Talking about being on the show, Pratik said, “It was a very interesting experience for me because I don’t have to be a character. I just have to be myself. Let me tell you that it is very difficult for an actor that when you tell them- that’s the brief- just be yourself. Because that is very difficult. No script, nothing, and it is the first nonfictional show that I have done.”

When asked if he had to be mindful of what he spoke on the show, Pratik said, “A little bit, yes, because I have to keep things on track as well. When we are shooting a show, the show has a particular tone. I have to be true to that yet be myself and add value to it and actually work. I had to cook.”

Pratik is not much of a cooking person and the show reflected the same. However, he put his best foot forward. On the show, he also challenges the chef to say a Gujarati dialogue. When asked if he found similarities between both- the art of cooking and acting, he said, “There are a lot of similarities. Culinary art is an art form that is widely known and appreciated and there are people who are learning it and people who are passionate about it. Acting is also a passion and both are an artform. In both, you know where to stop. Zyada masala usme bhi daal diya toh accha nahi lagega, zyada masala isme bhi dala toh actor bhi accha nahi lagega (If you add extra spice in both they would not be nice). So that subtlety, jo script hai,jo, recipe hai, uss hisaab see hi banna chahiye (One should follow the script or the recipe when it comes to their respective art). Somebody cannot become a hero in any dish. It has to be a wholesome experience.”

Pratik further spoke about how he analyses his performances after he completes a project. “What I keep thinking and analyzing is that I had tried something, which I know, I had tried something in this line, or this expression, or this scene. I am curious to know whether it got translated in front of the screen. So, if I have tried something new which only I know of then I am curious to see if it has worked or not. So when we are all watching together with friends and family then I want to look at the reaction whether it reached, whether it got translated. I keep watching it, again and again, to see if it translated. So that kind of analysis keeps happening,” he added.

Before Scam 1992, Pratik has been a part of several projects but never has he achieved the kind of success that Scam got him. “Frankly speaking, I didn’t do anything new. I just performed the way I perform or the way I have been performing. The best part that happened with me in Scam is that I got captured very well and overall I got captured in a way that all the smallest things that I tried everything got translated. Another interesting part is that Scam gave me the biggest platform which helped me reach a national and international audience and that changed everything for me,” he said.

The actor is also a fan of the biopic genre. After acing Harshad Mehta’s role, he also expressed interest in playing the role of two iconic stars. “There are lots and lots of such people. I guess I would love to Sanjeev Kumar’s biopic if it ever happens. I would love to do Dr. Varghese Kurien’s biopic- The Amul man. So yes, there are a lot of interesting people around,” he revealed.

Post Scam 1992, Pratik has been offered a lot of projects. Having started with Hansal Mehta, he now also looks forward to working with directors like Zoya Akhar, Anurag Basu, Anurag Kashyap, and Mani Ratnam.

Meanwhile, he was recently seen in the Gujarati web series Vitthal Teedi and has three films and two web series in his kitty including the films Atithi Bhooto Bhava, Ravan Leela, Woh Ladki Hai Kahan?.

ALSO READ: “Lots of people who told me not to go for a Gujarati serial after Scam” – Pratik Gandhi on Vitthal Teedi

Govt to borrow Rs 5.03 lakh crore in second half of FY22 to fund revenue gap