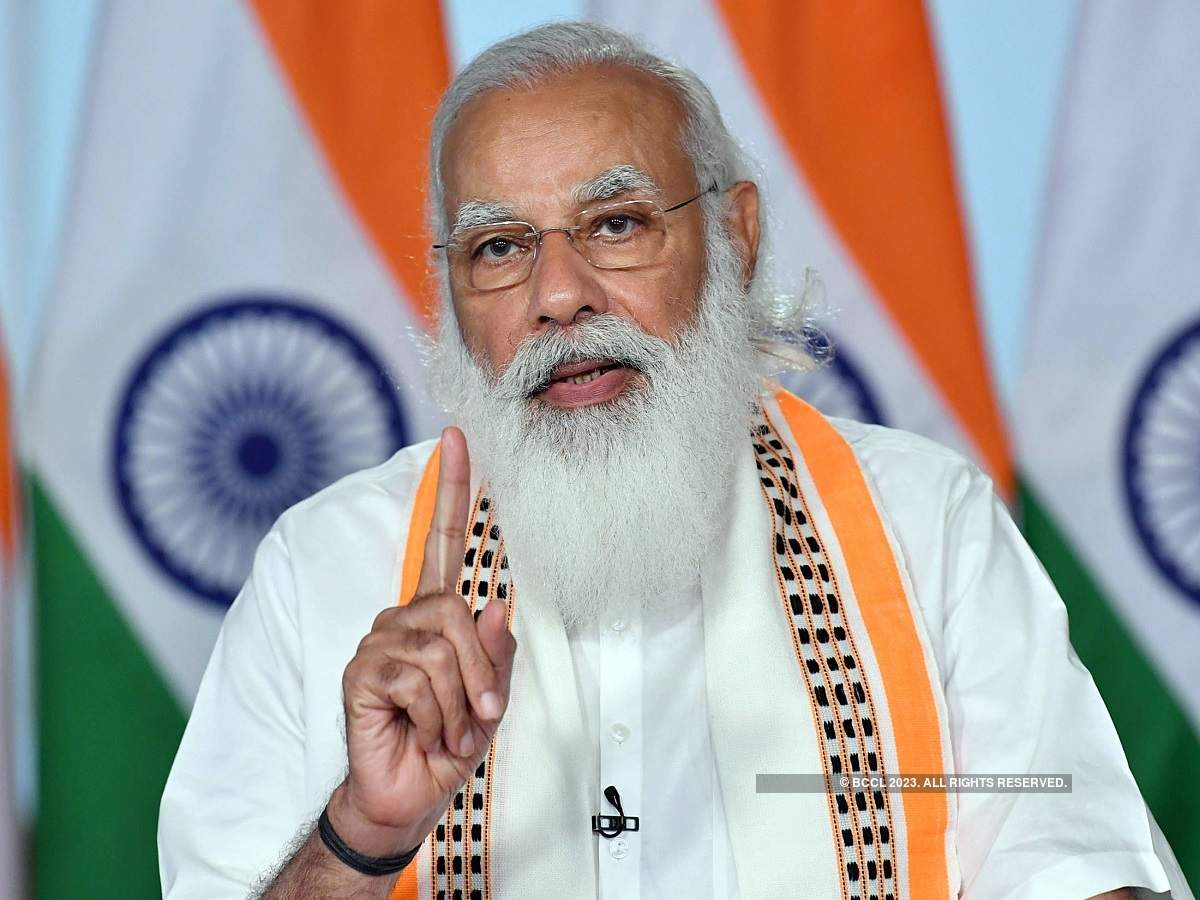 NEW DELHI: Prime Minister Narendra Modi said on Friday that production-linked incentive (PLI) schemes, aimed at boosting domestic manufacturing and exports under the ‘Make in India’ and Atmanirbhar Bharat programme, are expected to increase India’s manufacturing output by over half a trillion dollars over the next five years across sectors such as electronics, pharmaceuticals, automobiles and parts and component eco-system.

Addressing a webinar on PLI scheme, organised by Department of Industry and International Trade (DPIIT) and NITI Aayog, the PM said his government is continuously carrying out reforms to boost domestic manufacturing and global competitiveness for India-made goods.

In this year’s Budget, about Rs 2 lakh crore was earmarked for the PLI schemes which would be given out over the next five years, Modi said, adding that “there is an expectation that the scheme would result in increasing the production by about $520 billion.”

He also said that the workforce in the sectors that are being given PLI benefits is expected to double as production and revenue goes up and fresh investments pour in.

The Prime Minister said the government is working to reduce compliance burden for the companies, while making it even easier to do business, apart from helping reduce logistics costs.

Modi said that over the past 6-7 years, several efforts had been made to encourage ‘Make in India’ programme at different levels.

The government, he said, believes that instead of bureaucratic processes at every step, there is a need to have a regime that focuses on “self-regulation, self-attesting, and self-certification”.

Underlining the difference between previous manufacturing-focused schemes and the current PLI programme, the Prime Minister said that earlier the industrial incentives used to be open-ended input-based subsidies, but now they have been made targeted and performance-based through a competitive process.

About PLI benefits, he said 13 sectors have been brought under the ambit of the scheme and it would benefit the entire ecosystem associated with these sectors. With PLI in auto and pharma, there would be very less need for costly imports, and there is a similar case in medical equipment and raw materials of medicines. Also, the energy sector would be modernised with the help of advanced cell batteries, solar PV modules and specialty steel, he said, adding that the PLI for the textile and food processing sector will benefit the entire agriculture sector.

The Prime Minister said that the recently-approved PLI scheme in IT hardware and telecom equipment manufacturing will lead to tremendous increase in production and domestic value addition. “IT hardware is estimated to achieve Rs 3 lakh crore worth production in four years and domestic value addition is expected to rise from current 5-10% to 20-25% in 5 years,” he said adding that in a similar fashion, telecom equipment manufacturing will witness an increase of about Rs 2.5 lakh crore in the five years. “We should be in a position to export goods worth Rs 2 lakh crore from here,” the Prime Minister said.

Modi said that even during the pandemic period, mobile phones and electronic components sector saw a fresh investment of about Rs 1,300 crore and created thousands of new jobs.

In the pharma sector, he said, there is an expectation of more than Rs 15,000 crore investment over the next 5-6 years under PLI, which will lead to Rs 3 lakh crore in pharma sale and export boost of around Rs 2 lakh crore.

Auto industry bodies Siam (Society of Indian Automobile Manufacturers) and ACMA (Automotive Component Manufacturers Association) said that incentives are required to give a fillip and edge to Indian manufacturing.

“PLI scheme is required for Indian component industry, as well as Indian auto industry as it is not sufficiently globally competitive today. The reasons and areas causing non-competitiveness, including higher costs and lack of technology need to be quickly identified,” Siam president Kenichi Ayukawa (who is also the MD & CEO of Maruti Suzuki) and component major Bharat Forge chairman Baba Kalyani said.