Molecule.one grows its drug synthesis AI platform with a $4.6M seed round – TechCrunch

Molecule.one went on stage at Disrupt SF 2019’s Startup Battlefield, where they explained the difficulty faced by the drug discovery industry, basically that they come up with lots of theoretical treatments but can’t actually make the molecules.

The company’s system enters play when you have some exotic new compound you want to make in order to test it in real life, but don’t know how to make it. After all, these molecules are brand new to science — no one has created them before, so why should anyone know? Molecule.one creates a workflow starting with ordinary off-the-shelf chemicals and provides step by step instructions using known methods of how to go from A to B… and to C, D, and so on (it’s rarely simple).

The company leverages machine learning and a large body of knowledge about chemical reactions to create these processes, though as CSO Stanisław Jastrzębski explained, they do it backwards.

“Synthesis planning can be characterized as a game,” he said. “In each move of this game, instead of moving a piece on a board, we break a chemical bond between a pair of atoms. The goal of the game is to break down a target molecule to molecules that can then be bought on the market and used to synthesize the target. We use algorithms similar to the ones used by DeepMind to master Go or chess to find the synthesis pathway.”

Co-founders Piotr Byrski and Paweł Włodarczyk-Pruszyński note that predicting organic reactions is no cakewalk, and that they have dedicated a great deal of resources towards making their system efficient and verifiable. The theoretical pathways they produce seem plausible but still need to be tested, something they do regularly internally so companies see that Molecule.one just selling good ideas but workable ones.

Since their debut at Disrupt, the company has acquired a number of customers with annual contracts, Byrski said, and rolled out lots of features on the platform. Włodarczyk-Pruszyński said that their efficiency has increased as well. 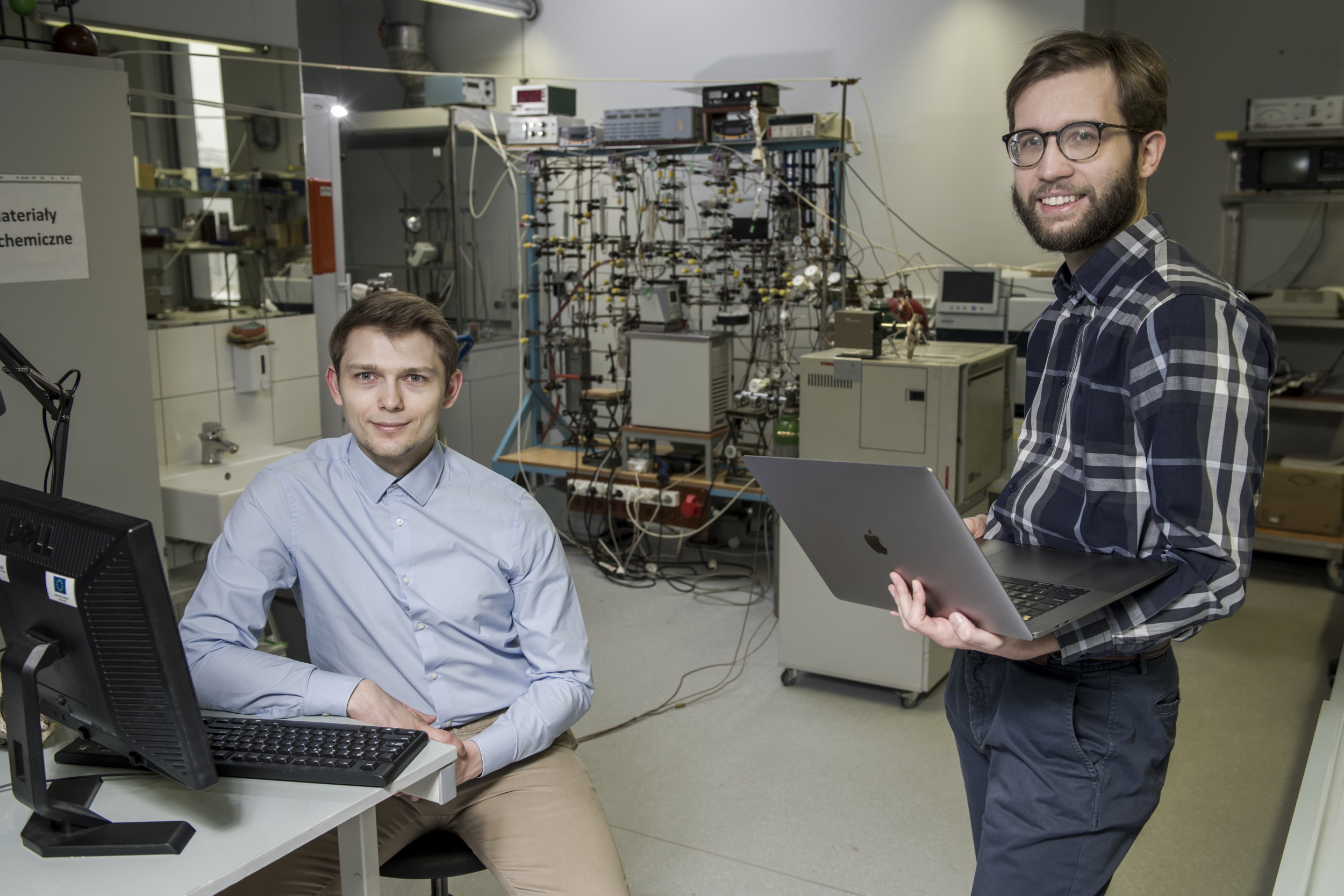 “Our system has matured and we have extended our platform to support planning synthesis for thousands of molecules per hour,” he said. “This feature is incredibly useful when combined with AI systems for drug discovery that generate huge numbers of candidate drug molecules. All these improvements helped us gain trust in the industry and initiate collaborations with relevant parties.”

Certainly the problem becomes one of scaling as your customers start asking about pathways for hundreds of thousands of possible therapeutic molecules rather than a handful. For them, if they are to bear the manufacturing cost, it’s worth the outlay at the start to see if one of the compounds they’re looking at is considerably easier to make than another with a similar effect. Without simulating the entire process that’s difficult to say for sure, so they can just send the list to Molecule.one and get the report back a few days later. 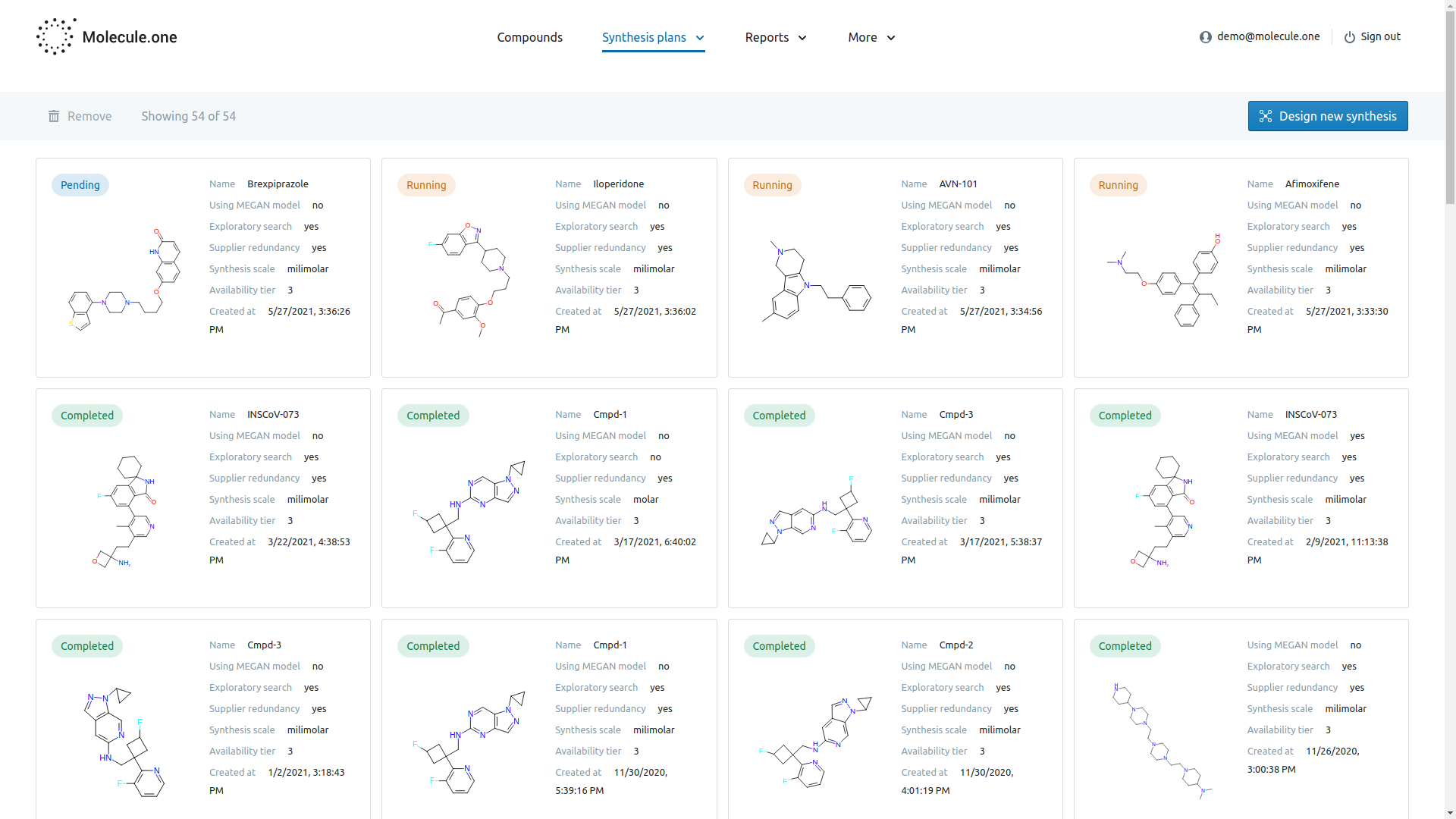 The team can’t share any of their customers’ successes (though presumably there have been some) because of course all this work is highly confidential. But they did say that like many companies in biotech they are doing what they can to support COVID-related therapies.

“We made part of our platform free to eligible researchers working on COVID drug discovery. This has resulted in a lasting collaboration with the LambdaZero project at MILA, which is advised by Prof. Yoshua Bengio,” said Byrski.

This also offered the opportunity to test their new scaling methods, since for such a project many candidate molecules must be evaluated, not just for efficacy but the capability of being manufactured easily.

“We are incredibly excited about this area in general because it enables traversing novel regions of the chemical space, which offers enormous promise in terms of looking for drugs that have not yet been synthesized,” Byrski said.

The company plans to use the money to expand the team and continue expanding generally; it also has a plan to open new offices in the U.S. and Western Europe (they’re based in Poland).

Not spending will also raise deficits as GDP will slow

Use Git data to optimize your developers’ annual reviews – TechCrunch

How a Chennai zoo saved its lions from COVID-19 Delta variant! | India News